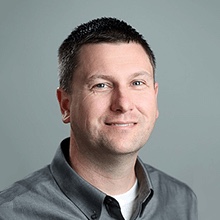 The signs may mimic nitrogen deficiency — yellowing leaves, reduced yield — or there may not even be any overt signs. But make no mistake, unless you are feeding your crops sulfur, you are probably underfeeding them, according to crop nutrition experts.

“Rainfall used to contribute several pounds per acre of sulfur to our farm ground each year, but the reduction in emissions from vehicle exhaust and industrial processes has greatly reduced these additions,” says Curt Woolfolk, Manager of Crop Nutrition Technologies for The Mosaic Company.

Woolfolk advises the use of MicroEssentials® SZTM as a particularly effective cure for sulfur deficiency. He says, “We are no longer picking up several pounds of sulfur per acre from rainfall. Many of the western states in the U.S. pick up less than 1 pound per acre of sulfur per year. As yields have increased and sulfur from rainfall has decreased, many growers are beginning to realize that the soil can’t provide all of the crop’s sulfur needs. Field corn removes 0.08 pound S/bushel, so a 100-bushel-per-acre crop removes 8 pounds S per acre per year while a 200-bushel-per-acre crop removes 16 pounds S per acre per year. It is important for growers to keep track of nutrient removal from year to year and replenish the soil as needed.”

Strock conducts research at the University of Minnesota’s Southwest Outreach and Research Center in Lamberton. He set up a tillage trial in which he applied a flat rate of 20 pounds added sulfur per acre, across five different practices, from very high residue incorporation by moldboard plow, down to the very low residue removal condition of no-till cultivation.

“The hypothesis was that we would see crop yield respond more to sulfur under the reduced-tillage methods than in the more aggressive tillage systems,” Strock says. “And that’s exactly what we found. Where we have reduced-tillage conditions like strip-till, no-till or ridge-till, we actually see a profound yield increase — 11 bushels for our corn-on-corn. We see a more modest increase of 7 to 9 bushels for a corn-soybean rotation.”

A variety of conditions impact the mineralization of sulfur — the conversion of organic or elemental sulfur into sulfate. (The latter is the form that plants can use.) Soil temperature is the critical factor in these reduced-tillage scenarios. The microbes that digest and convert the sulfur are less active, and the process takes longer, where increased residue keeps soil temperatures a little lower.

But don’t be quick to conclude that a low-residue tillage solution is the answer. Woolfolk explains: “Organic matter serves as a reservoir for a lot of these nutrients, including sulfur. As this organic matter breaks down, its sulfur content will convert into plant-available sulfate-sulfur. People often don’t realize the value of organic matter at the soil surface. Growers may consider this residue to be ‘trash,’ but it is loaded with nutrients. It’s not very common anymore today, but burning residue 20 years ago sent literally thousands of dollars of nutrients up in smoke.”

One of the key advantages of MicroEssentials SZ, according to Woolfolk, is that it contains both sulfate-sulfur and elemental sulfur — which allows for season-long feeding.

“When MicroEssentials SZ is applied to the soil, the sulfate sulfur is already in the proper form to feed the plant,” Woolfolk says. “Fertilizer granules rapidly dissolve and move sulfate-sulfur into the root zone for early-season development. Throughout the growing season, soil microbes convert the elemental sulfur into sulfate-sulfur for season-long feeding.”

Other factors that influence the rate of conversion are soil moisture, soil temperature and microbial population, but according to Woolfolk, one of the most crucial factors is particle size.

But how much sulfur is enough? And how do you assess nutrient levels? Woolfolk notes that sulfate, like nitrate, is a mobile nutrient. Because soil particles, for the most part, are negatively charged, sulfate and nitrate, also negatively charged, tend to move through the soil profile rather than bonding with soil particles. Soil tests capture levels of these mobile nutrients at a point in time. A sudden rain can change the picture. So Woolfolk advises using a crop nutrient removal calculation, based on yield.

“Depending on the location, every percent of organic matter in the soil is worth 0.5 to 3 pounds S per acre per year,” Woolfolk says. “To sustain a 220-bushel corn crop, you need approximately 27 pounds of sulfur per acre available for nutrient uptake, with the grain itself removing 18 pounds per acre.”

Labs and universities may use a combination of crop removal, calibration, organic matter mineralization rates and sulfate-sulfur credits to derive a sulfur nutrient recommendation, according to Woolfolk.

While agronomists have proven that sulfur is an essential crop nutrient, they are still discovering all of the roles it plays in plant health and reproduction. Though not fully understood, sulfur plays a role in how the plant uses nitrogen.

“For example, if we have a sulfur limitation, it can add to a nitrogen uptake problem,” Strock says. “Sulfur additions actually improve the efficiency of the uptake and use of nitrogen for most field crops. It is really important to make sure we have sulfur in the fields at sufficient levels to make sure we maximize nitrogen uptake.

“It’s kind of amazing when you consider nitrogen and sulfur. Both of them are really important in protein, seed protein content, enzymes and enzymatic activity in the plant. So the nutrients are not just going to the grain, but they help promote root growth and seed production. Sulfur can be really important in that it can help plants tolerate cold better. There are a lot of benefits to having ample sulfur out there for the crop.”