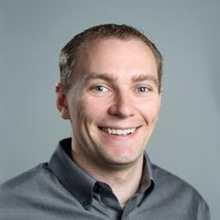 Furthermore, the past 20 years have documented significant improvements in U.S. grain yields: Corn yield has increased by more than 1.8 bu/ac per year; soybean and wheat yields, in comparison, have risen approximately 0.5 and 0.4 bu/ac per year, respectively.

Given yield increases across record acreages, it should be of no surprise that the International Plant Nutrition Institute (IPNI) has reported steady declines in   nutrient levels. Such nutrients include   (P),   (K) and   (S).

This leads to many questions. Are you keenly aware of revised  ? Are you adequately replacing removed nutrients? Will this lead to a soil nutrient crisis?

Every five years, IPNI publishes a summary of soil test levels across North America. In its latest summary (2015), several areas show reductions in median soil test levels for P and/or K. Some of the more notable areas of decline over the past 15 years include the eastern Corn Belt, eastern Canada, southern/central Plains, the Mississippi Delta and the southeast United States (IPNI, 2016).

Are We Keeping Up with Soil Nutrient Replenishment?

Each bushel of corn removes about 0.67 lb   (N), 0.35 lb P₂O₅, 0.25 lb K2O and 0.08 lb S from the soil. A bushel of soybeans will remove 3.3 lbs N, 0.73 lb P₂O₅, 1.2 lbs K₂O and 0.18 lb S (Figure 2). In a corn-soybean rotation, based on trend-line yields of 180-bushel corn and 50-bushel soybeans, it would require 191 lbs MAP/ac and 175 lbs MOP/ac to replace the P and K removed in the harvested grain. As yields approach 210 and 60 bu/ac for corn and soybeans, respectively, it will require nearly 226 lbs MAP/ac and 208 lbs MOP/ac to replace the nutrients removed and avoid soil test reductions. Applying fewer nutrients than are removed in the grain will cause soil test levels to decline over time. In many cases, fields with declining soil test levels may no longer be able to sustain the most profitable yield levels, especially when conditions are right for above-average trend-line yields.

It is important to keep in mind that crops require higher amounts of nutrients than just those removed by the grain at harvest (Figure 2). Nutrients from the soil and added fertilizers supply these uptake needs. About 80 percent of the P and 30 to 40 percent of the K taken up by corn and soybeans are removed in the grain.

The good news is that the additional 20 percent P and 60 to 70 percent K are retained in the stover and are recycled for future crops. Unfortunately, however, failing to replenish nutrients removed by the harvested grain leaves fewer nutrients in the soil to support uptake requirements, especially in years when grain yields are above average.

Record crop yields often lead to lower crop prices, because of simple supply-and-demand economics. When is the right time to cut back on fertilizer? The answer is, "It depends." Soil test levels in the "very low" and "low" categories are considered especially responsive to supplemental crop nutrients, and suggest significant reductions in crop yield in the absence of additional fertilizer. In contrast, "very high" or "excessive" soil test levels may present opportunities for reduced applications with minimal effect on yield.

Regardless of the situation, each field should be handled on a case-by-case basis. Identifying management practices to improve grain yield despite reduced grain prices has been an effective strategy to maintain high crop revenue and, ultimately, profit. While management of   is the foundation for high yields, it doesn't guarantee them. Thus, it's recommended that you continue to better understand all factors in your individual operation.

The Future of Your Soil

Are you still striving for improved profit in your operation? Are you replenishing your soils to account for nutrient removal, even in the high-yielding years? Whether you're a grower or a consultant, it's important to continue evaluating your crop nutrition plan by heightening your awareness of nutrient uptake and removal, and using tools like soil and tissue tests to collect data and track nutrient trend lines over time. Remember that record yields equal record removal, and should be followed by a replenishment program that achieves both maximum profitability and 4R Nutrient Stewardship. Talk to your local retailer about a crop-nutrient management plan that will maximize your investment.